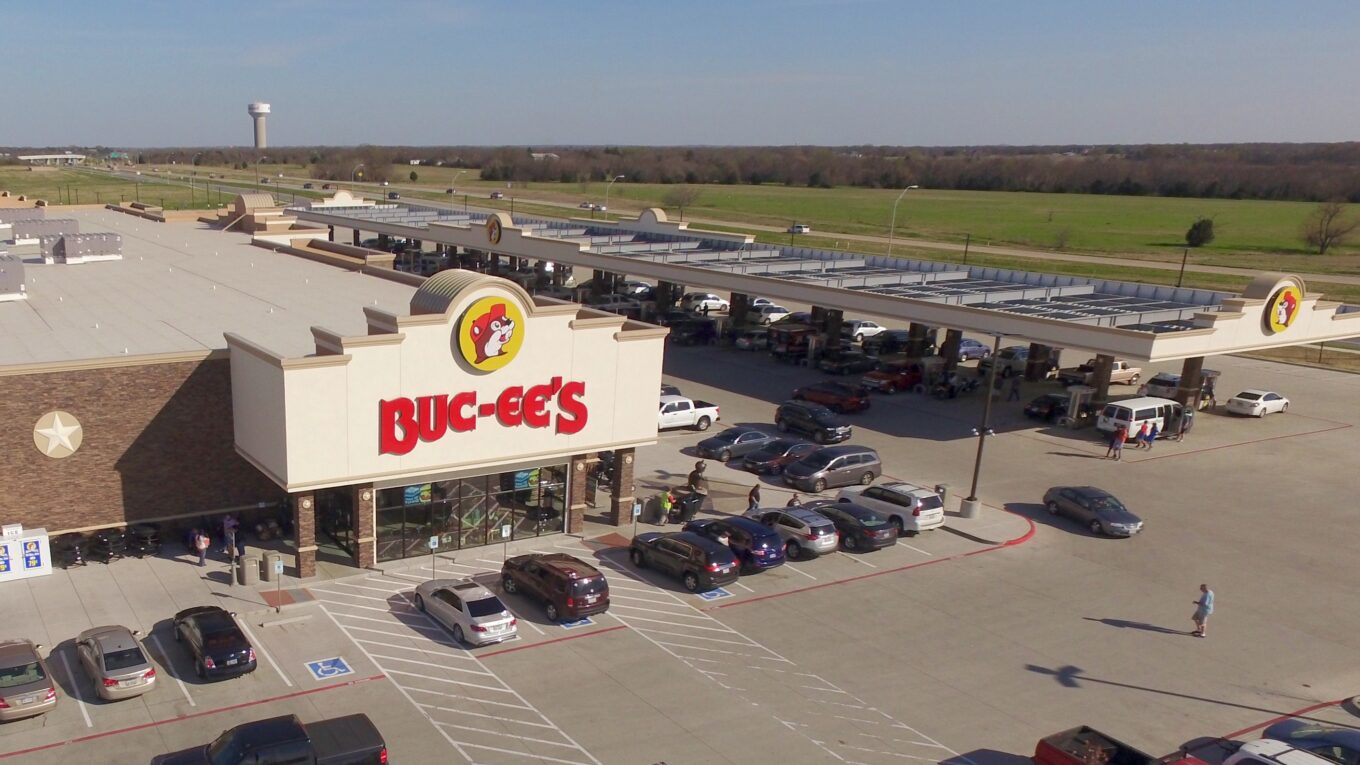 This article was originally written for TEC News, the newsletter of The Elongated Collectors, an organization (of which I’m a member!) for people who like pressed pennies and related exonumia.

Are there any freeway convenience stores in your area that seem as big as a Walmart? If so, you may live near a Buc-ee’s, a Texas-based chain that has pressed penny machines in most of its locations. Now, this chain has begun expanding outside the Lone Star State.

Technically, the average Walmart is about 180,000 square feet while the largest Buc-ee’s is only 66,335 square feet, but who’s counting? That biggest Buc-ee’s, located in New Braunfels, Texas, is the largest convenience store in the world. The chain also claims another record: The Katy store near Houston has the world’s longest car wash at 255 feet.

Buc-ee’s dates to 1982 – when it’s stores weren’t so large or impressive. Today, the chain is known across Texas for several positive and negative characteristics.

On the positive side, some locations have nearly 100 gas pumps, so there’s rarely a wait. There are doggie convenience stations too. Inside, you’ll find huge restrooms that are constantly cleaned by an attendant. The large food-to-go area features fresh-made sliced barbecue sandwiches, homemade potato chips and fudge. It has its own brand of meat jerkys, an impressive wall of trail mixes and a large area with home décor, clothes, toys and Southern-themed gifts. The pressed penny machines are often located between the kitschy things for your home and the food.

Many people swear by the Beaver Nuggets, which until recently I thought was a funny name for their chicken nuggets. They’re actually caramel-coated corn pops – something like sweet cereal pieces covered in a sugar coating.

The chain is criticized by some for not having any dining areas despite having extensive food offerings. They don’t even like congregating in their parking lots. And the convenience stores are for cars, pickups and other non-commercial travelers only. Trucks are strictly prohibited. Truckers who want to press pennies will have to park elsewhere and walk over (and I don’t blame you if you choose not to spend your money at a place that doesn’t welcome you).

There’s one other reason to criticize Buc-ee’s: In my opinion, the pressed penny designs are, well, uninspired. The lines are too thin and the designs don’t vary much between locations. But the convenient locations on major Texas freeways mean you may pass one eventually – so you don’t want to miss your chance to press a set or two.

In addition to nearly 40 locations in Texas (about half of which have penny machines), you’ll find a location in Robertsdale, Alabama. A Daytona, Florida location is coming in 2021. Most Buc-ee’s machines are listed on Penny Collector (www.pennycollector.com).