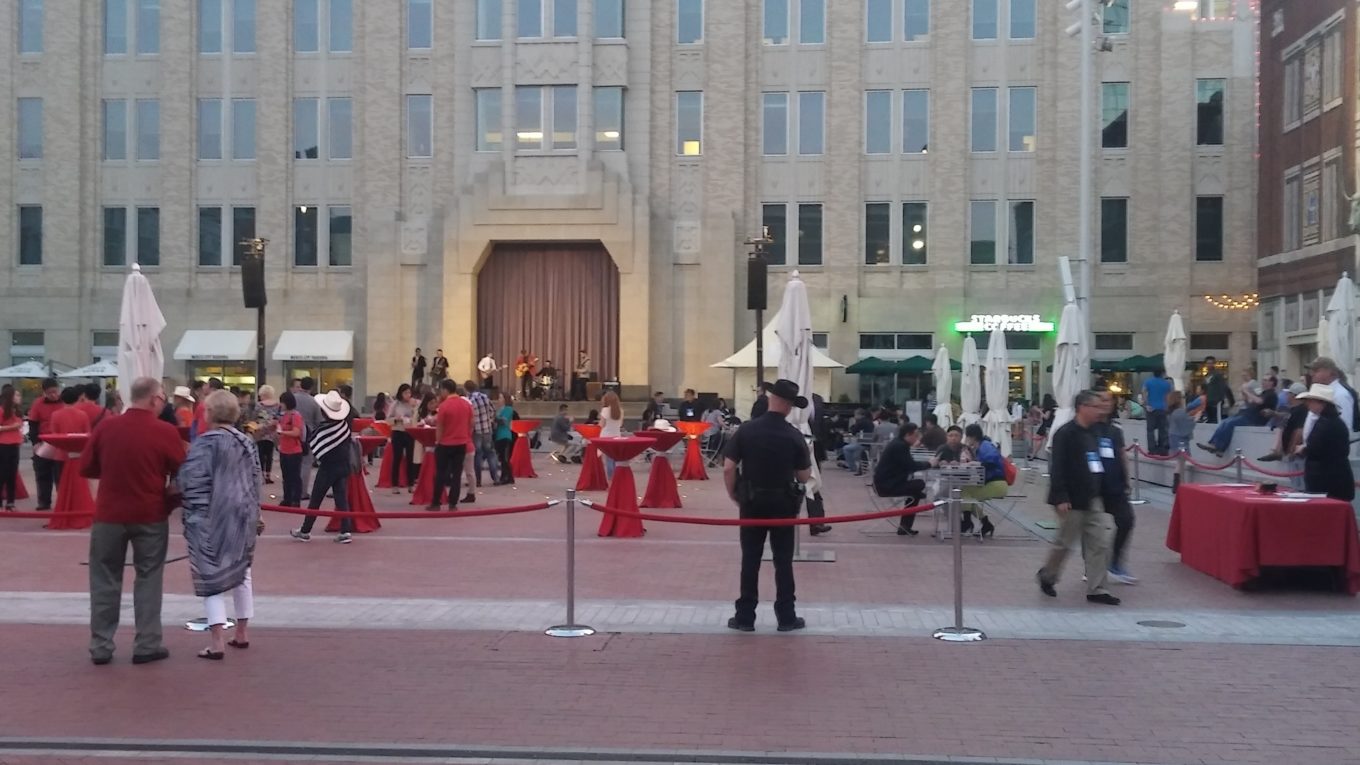 What’s your idea of a pleasant evening in America?

I don’t watch reality television shows or participate in politics. I don’t spend hours endlessly looking through celebrity Twitter feeds or trolling Instagram. I even limit my time on Facebook.

Further, I’m not very patriotic. I’ll never fly an American flag because I don’t believe America is better than other nations or that my way of life is superior to another.

But I enjoy having unique experiences that make me feel good about myself and about the world. I like feeling proud to be part of the human race.

Yesterday evening in Fort Worth was a good one for me – something that’s perhaps only available for experiencing in today’s America.

It started at Chadra Mezza and Grill, a restaurant owned by a Lebanese couple where there’s pizza, pasta, gyro, hummus and Greek salad on the $8 Wednesday night buffet. There’s a beautiful patio where some men were enjoying a hookah and a family was enjoying the food. Inside, we ate plenty – and so do did the Catholic couple who prayed before their meal and then made the sign of the cross before eating lots of cucumbers, pita chips and mahummara.

One older woman enjoyed three plates of food while her husband worked his way through a single piece of pizza.

When we were done with dinner, we made a conscious effort to see what everyone else was doing by visiting Sundance Square Plaza downtown. There was a private party in progress apparently celebrating American Airlines and their new service to China.

We were surprised to see American success story Luke Wade headlining the party, and there was plenty of room for the public to have a seat and watch. Luke is a small town boy like me, and he has overcome physical illness and injury to find success, thanks in large part to, ironically, a reality show.

While he sang, Chinese businesspeople passed around cowboy hats, at fancy food from the Reata and stood around taking it all in. And people of all kinds stopped to sing along with the music and dance a bit.

One group of women particularly liked Luke’s version of “Lean on Me”.

In a shelter at the back of the pavilion, a group of young people played cards. A few tables over, a young man sat down facing Mecca and said his evening prayers. A few minutes later, his friends did the same thing. I was pleased to see that, especially since I had seen a Bible study group in that same shelter a few months ago. It just seemed right.

At the restaurant and the plaza, I was among people who were enjoying themselves and each other.

As the show ended at the plaza, the Muslim guys headed to the same parking garage where we parked. And we all went on with our lives here in America.

It made me feel proud to have a great experience in a great American town. I didn’t see any flags.

And it enhanced my experience to see that others of diverse background, religions and ideas were enjoying the same evening in the same town – doing pretty much the same things we were.

For me, being free in today’s America trumps everything else.