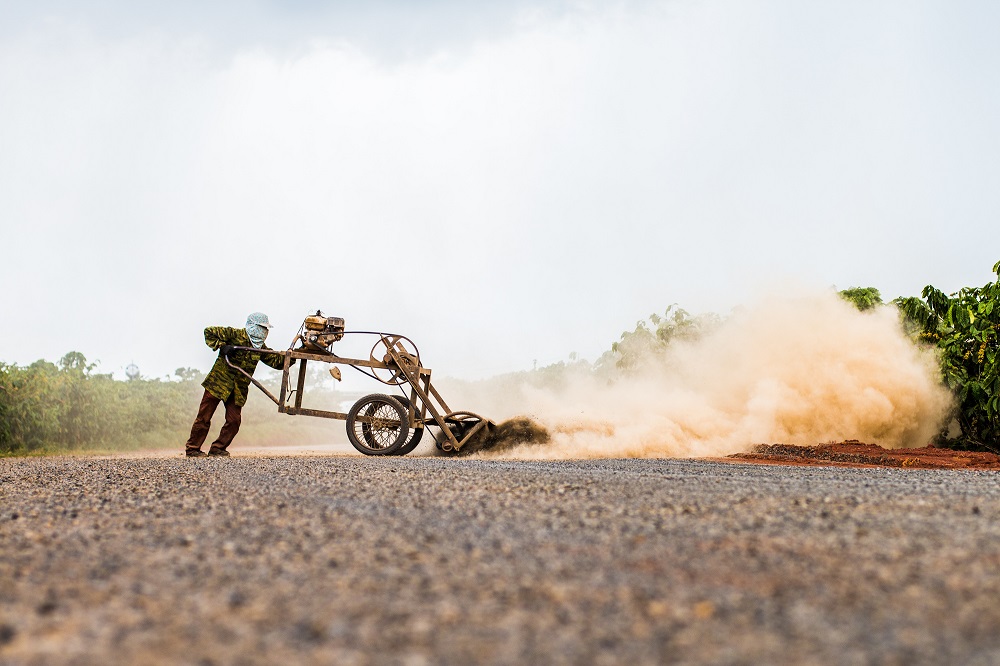 Is the term “Rototiller” trademarked? It’s the kind of question a writer like me finds myself asking. I’ll tell you why I needed to know — then I’ll tell you the answer.

The Weirdness Of A Writer’s Life

One of the writing agencies for which I sometimes work allows writers to pick up open orders, join writing teams and also accept direct orders from clients. I almost never manage to snag any of the orders that are offered to one of the four teams that have accepted me, but earlier this week, I caught a few quick and simple orders from one of the teams.

One of the requests was simple enough: a few hundred words about rototilling.

But I can’t do that, can I? If Rototiller is a trademarked term, then rototilling isn’t a real word. This agency requires Associated Press style (which I studied in journalism school), but no stylebook approves of repeatedly using a fake verb based on the improper use of trademarked noun.

So I’ll skip the assignment, I thought. But I need the work, and there was nothing else to do at that moment.

I took the job after I discovered that my concerns were unfounded.

You see, writers are concerned with little details like whether a word is the right one to use. It matters to us. Using a trademark as a generic noun isn’t acceptable. Neither is making fake verbs from them. Words like aspirin and escalator were one trademarks, but their owners didn’t protect them and they fell into general usage.

The writing magazines that I read as a teenager contained ads from Kimberly-Clark Corp., a company that makes paper products. The most frequent ad went like this: “To all the writers, editors, copyeditors and proofreaders who use the trademark Kleenex followed by the words ‘facial tissue’, Kimberly-Clark says bless you.”

The company ran those ads to prove, if they ever needed to, that they tried to protect their trademark. The word Kleenex was and is in danger of falling into general usage, canceling out the rights of its trademark holder. And that’s fine with me actually. I’m long past any interest in intellectual property rights.

No novelist will ever write: “She cried so long she went through an entire box of Kleenex brand facial tissue.” But lawyers would like those hypothetical novelists better if they would.

In any case, using trademarks in writing is a no-no I know.

But Is Rototiller A Trademark?

The answer is no.

As it turns out, Rototiller doesn’t deserve the capital letter I’m placing at it’s beginning. The word rototiller is a perfectly acceptable term for any brand of rotary cultivator.

Truthfully, I’d rather write “rotary cultivator” or “rotary tiller”, but I can legally, ethically and confidently write about rototillers and rototilling (and watch my word processing software place a squiggly red line under every occurrence) if that’s what’s needed.

So why isn’t it a trademark? Was it ever?

The idea of rotary cultivation started to get attention in the United States in the 1920s. By the early 1930s, C.W. Kelsey had established The Rototiller Co., a New York enterprise aimed at importing European cultivators and selling them to Americans. Originally called “earth grinders” by some people, Kelsey trademarked the name Rototiller to refer to the rotary tilling machines he imported.

Eventually, the trademark on the term Rototiller expired, leaving other makers free to call their machines by the name Kelsey established.

That’s the short version of the story about how rototillers lost their trademark and their capital letter at the front.

Rotary cultivation may forever be known as rototilling. You may not care one way or the other what the process is called, and you may not even think much about the topic. That’s okay.

There is a subsection of humanity known by the term “writer”, and we worry about words so you need not bother with them yourself.